In recent local elections in Seattle, Amazon gave $1.45 million to the  political action committee of the Metro Chamber of Commerce, the Civic Alliance for a Sound Economy (CASE), to unseat progressives on the city council and to support “business-friendly” candidates.

The opponent of socialist councilwoman Kshama Sawant received more than $400,000 from Amazon, because Sawant has been actively pursuing or helped win a $15-an-hour minimum wage, rent control tied to inflation, a tax on large corporations, and other progressive gains.

Amazon paid $0 in federal taxes two years in a row. Weeks after Seattle unanimously passed a tax on all $20-million-plus companies in their city – with the revenues slated for affordable housing — it was rescinded by the council due to threats from Amazon.

Amazon uses being headquartered in Seattle to dictate conditions not favored by this progressive city, about which some say the company is “holding Seattle hostage.” 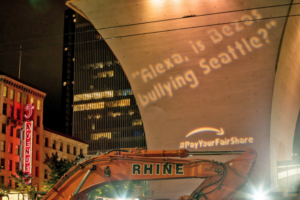 Amazon resisted the effort to raise the minimum wage to $15 until it was passed by the city council, and only then instituted it company-wide.

Despite Amazon’s massive political donation against Sawant for her  support for a “unionize Amazon” drive, she won her re-election, due to a massive grassroots campaign. Only two of CASE’s candidates ultimately won. 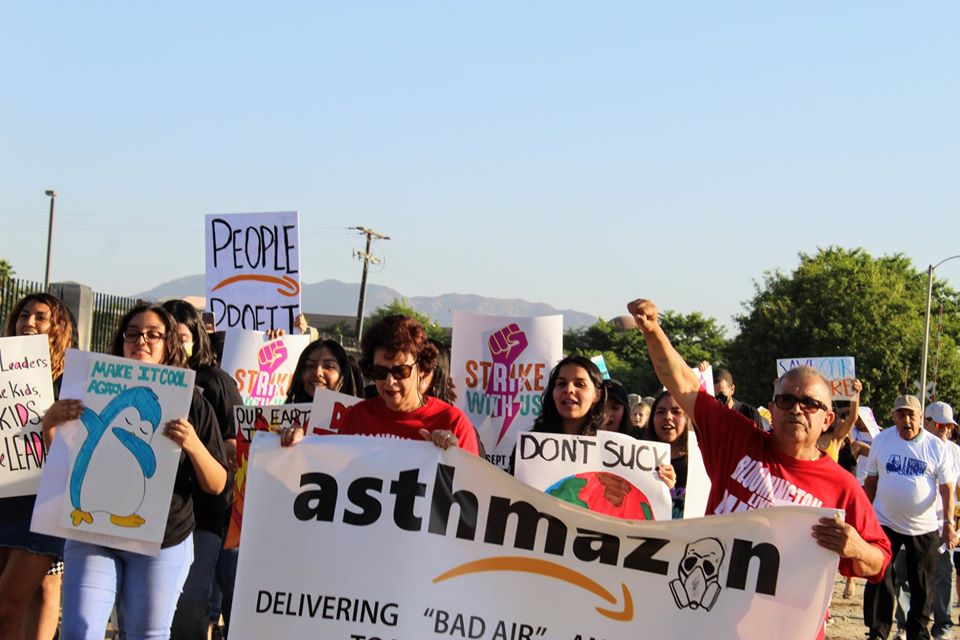 Despite the record of political extortion and blackmail in its original HQ city, Amazon forced cities around the US to outbid each other in a “race to the bottom” on tax concessions and subsidies to Amazon to attract two new headquarters, and were shocked when NY activists mobilized to reject their plans for Queens.