Koren was not the first Google – or Amazon – employee to be fired for standing up for a good cause, nor would, sadly, be the last. In this age of militarism, surveillance, unwarranted facial recognition and censorship, speaking one’s mind and daring to fight for human rights and other basic freedoms is no longer an option.

Amazon’s warehouses can be as bad, or even worse than a typical sweatshop. Last March, and after a brief denial, Amazon apologized for forcing its workers to pee in water bottles – and worse – so that their managers may fulfill their required quotas. The apology followed direct evidence provided by the investigative journalism website, The Intercept. However, the company which stands accused of numerous violations of worker rights – including its engagement in ‘union busting’ – is not expected to reverse course any time soon, especially when so much profits are at stake.

But profits generated from market monopoly, mistreatment of workers or other misconducts are different from profits generated from contributing directly to war crimes and crimes against humanity. Though human rights violations should be shunned everywhere, regardless of their contexts, Israel’s war on the Palestinian people, now with the direct help of such companies, remains one of the gravest injustices that continue to scar the consciousness of humankind. No amount of Google justification or Amazon rationalization can change the fact that they are facilitating Israeli war crimes in Palestine.

To be more precise, according to the Nation, the Google-Amazon cloud service will help Israel expand its illegal Jewish settlements by “supporting data for the Israel Land Authority (ILA), the government agency that manages and allocates state land.” These settlements, which are repeatedly condemned by the international community, are built on Palestinian land and are directly linked to the ongoing ethnic cleansing of the Palestinian people.

According to the Israeli newspaper, Haaretz, Project Nimbus is the “most lucrative tender issued by Israel in recent years.” The Project, which has ignited a “secretive war” involving top Israeli army generals – all vying for a share in the profit – has also whetted the appetite of many other international tech companies, all wanting to be part of Israel’s technology drive, with the ultimate aim of keeping Palestinians entrapped, occupied and oppressed.

This is precisely why the Palestinian boycott movement is absolutely critical as it targets these international companies, which are migrating to Israel in search of profits. Israel, on the contrary, should be boycotted, not enabled, sanctioned and not rewarded. 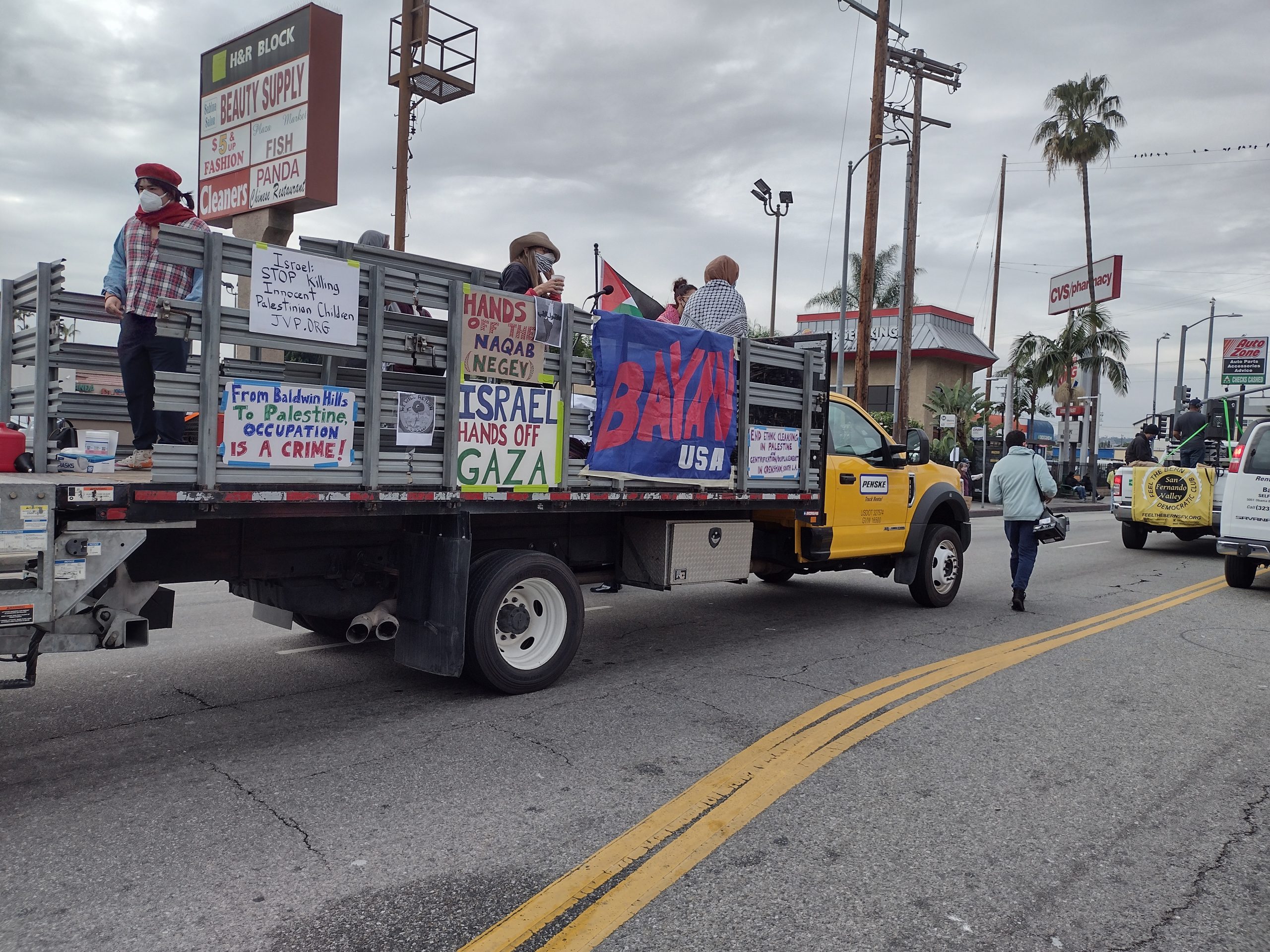 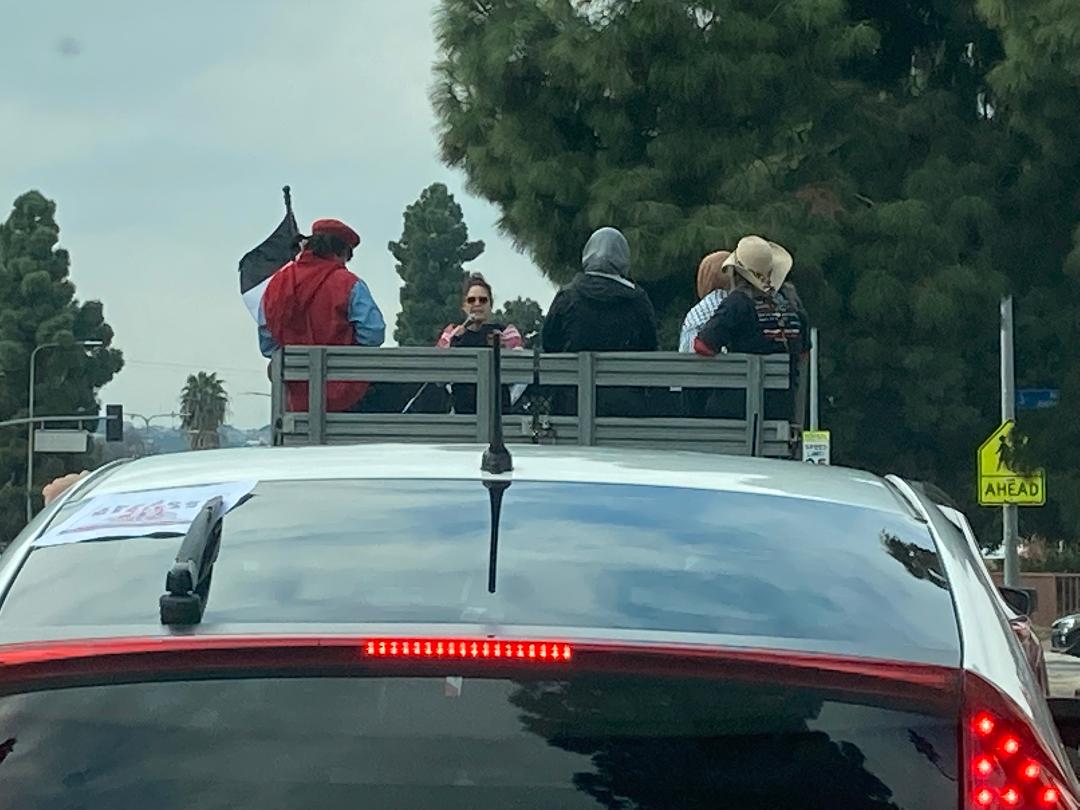 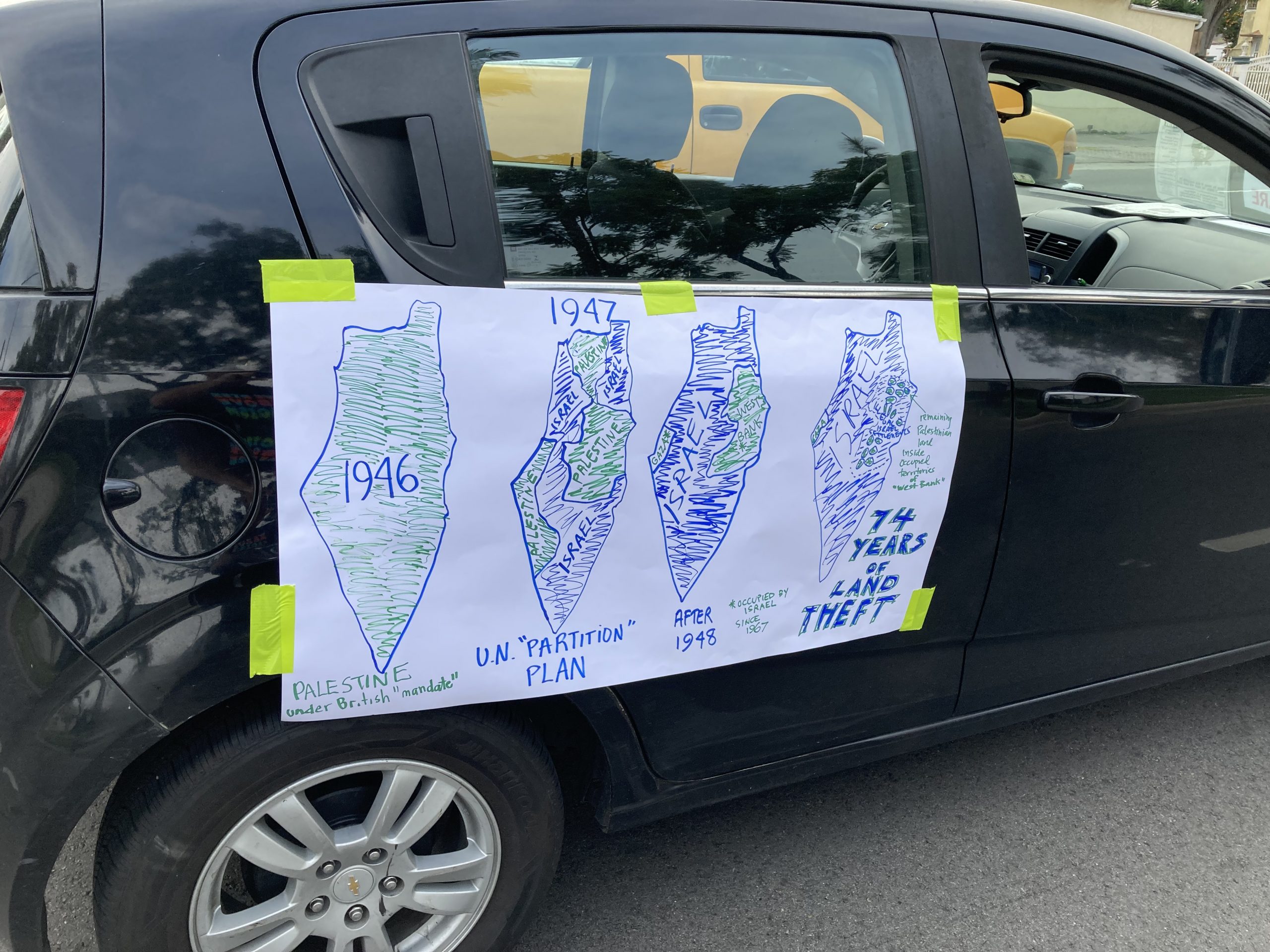 NO TECH FOR APARTHEID

As the Israeli military bombed homes,  clinics, and schools in Gaza and threatened to push Palestinian families from their homes in Jerusalem this past May, Amazon Web Services and Google Cloud executives signed a $1.22 billion contract to provide cloud technology to the Israeli government and military. By doing business with Israeli apartheid, Amazon and Google will make it easier for the Israeli government to surveil Palestinians and force them off their land.

We’re heeding the call from over 1000 Google and Amazon workers to rise up against the contract, known as Project Nimbus.  Technology should be used to bring people together, not enable apartheid, ethnic cleansing, and occupation.

Following in the footsteps of those who fought to divest from apartheid South Africa and won, it’s our responsibility to rise up in support of Palestinian freedom. The Amazon and Google execs who signed this contract can still choose to be on the right side of history.

Click above to sign on to a letter to Amazon and Google to shut down Project Nimbus.

While Amazon is raking in billions of dollars off the backs of its employees, Courage California will be leading a conversation with representatives from grassroots and labor organizations across the state about how we are making gains in stopping the mega retailer’s exploitive worker practices.

Will you join us on November 29 at 12 noon PST to help Deliver Us From Amazon?

Amazon is decimating the workforce it employs as well as small businesses.

More than 160,000 businesses have closed during covid, while Amazon uses algorithms to push small retailers down in search results and replicates their products to sell itself.

The warehouses that Amazon builds are environmentally hazardous, and the employees are held to unreasonable quotas that cause injuries at twice the rate of the industry average. And average worker wages sink where Amazon warehouses take hold.

That’s why we’ve joined a coalition of workers’ rights groups to stand up to Amazon. Our town hall attendees will hear from speakers from organizations including:

On Cyber Monday, you can join our Amazon boycott and get involved with a statewide movement to stop the mega retailer’s terrible practices. We hope to see you there!

Click here to register for the town hall on November 29 at 12 pm!

A trove of internal Amazon documents reveals how the e-commerce giant ran a systematic campaign of creating knockoff goods and manipulating search results to boost its own product lines in India – practices it has denied engaging in. And at least two top Amazon executives reviewed the strategy.

By ADITYA KALRA in New Delhi and STEVE STECKLOW in London

Amazon.com Inc has been repeatedly accused of knocking off products it sells on its website and of exploiting its vast trove of internal data to promote its own merchandise at the expense of other sellers. The company has denied the accusations.

But thousands of pages of internal Amazon documents examined by Reuters – including emails, strategy papers and business plans – show the company ran a systematic campaign of creating knockoffs and manipulating search results to boost its own product lines in India, one of the company’s largest growth markets.

The documents reveal how Amazon’s private-brands team in India secretly exploited internal data from Amazon.in to copy products sold by other companies, and then offered them on its platform. The employees also stoked sales of Amazon private-brand products by rigging Amazon’s search results so that the company’s products would appear, as one 2016 strategy report for India put it, “in the first 2 or three … search results” when customers were shopping on Amazon.in.

Hundreds of Google and Amazon employees signed an open letter published in The Guardian on Tuesday condemning Project Nimbus, a $1.2 billion contract signed by the two companies to sell cloud services to the Israeli military and government.

“This technology allows for further surveillance of and unlawful data collection on Palestinians, and facilitates expansion of Israel’s illegal settlements on Palestinian land,” the letter stated. “We cannot look the other way, as the products we build are used to deny Palestinians their basic rights, force Palestinians out of their homes and attack Palestinians in the Gaza Strip – actions that have prompted war crime investigations by the international criminal court.”